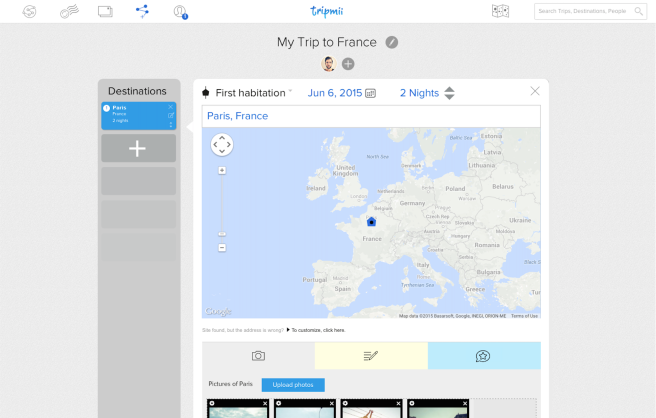 Tripmii is the app that makes it so easy! I would go even further and say Tripmii is the easiest way to get your own travel blog. First of all, the app and the Tripmii web platform is for free! No costs and no ads and freedom for your data. Thats fair … and makes easy to test! To create a TripBlog just set a pin at the location where you are. Now you can upload Photos, write a text, maybe give some tips. that’s it! Publish and share that station with your friends. That’s what I call easy!

Do exactly the same at your next stop of the journey and you’ll get a fantastic diary with a mapped route at the end of your whole trip.